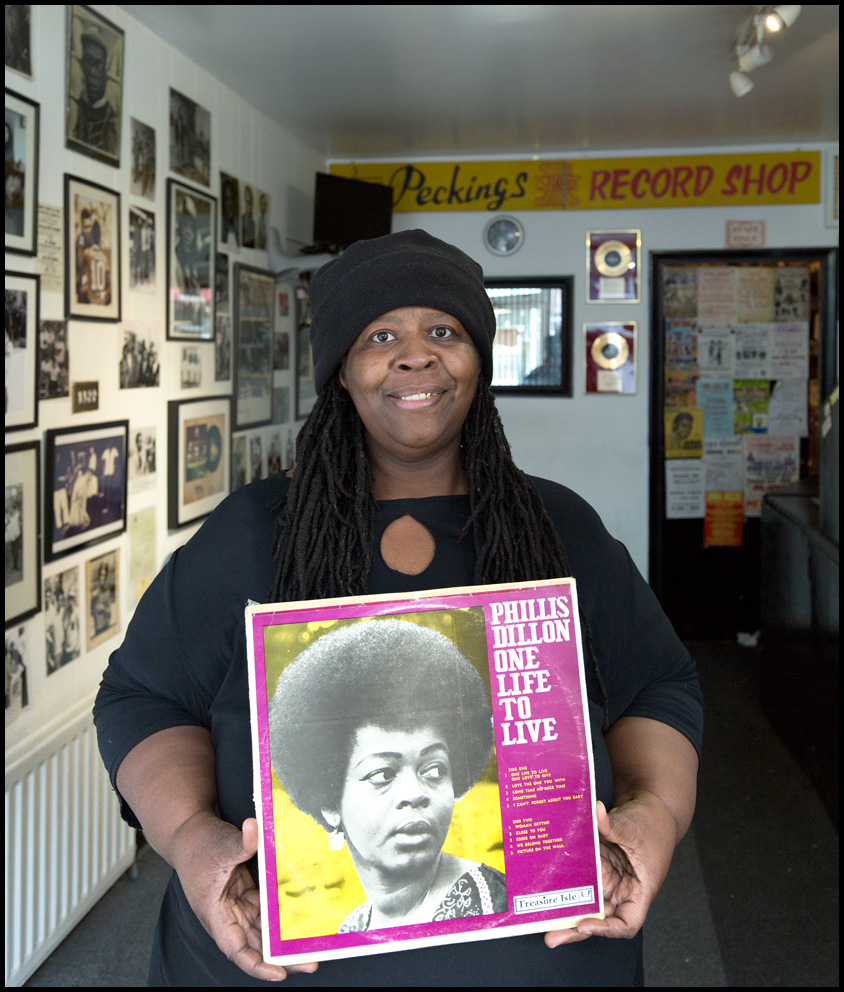 
“I chose the album "One Life To Live" by Phyllis Dillon as the cover itself depicts a powerful image of her sporting an Afro.

This for me marks a time of pride and political struggle, an era of Black Power where we were encouraged to embrace our natural hair as African diaspora people globally. The cover has her fully clothed unlike many other albums of this era which objectified women, showing them scantily clad in very sexualized poses.

The album itself is very easy to relate to as it is one of love and heartbreak, two very common human experiences/emotions. The album is easy to listen to, and reminds me of my mum's friend Auntie Bev, who was also a DJ and would play some of these tunes and sing along over the microphone at her house parties. To some extent this LP reflects the softer and more romantic side of Sister Culcha - the sound woman who operated in that male dominated world.

Produced by Duke Reid of Treasure Isle, this album has stood the test of time.”