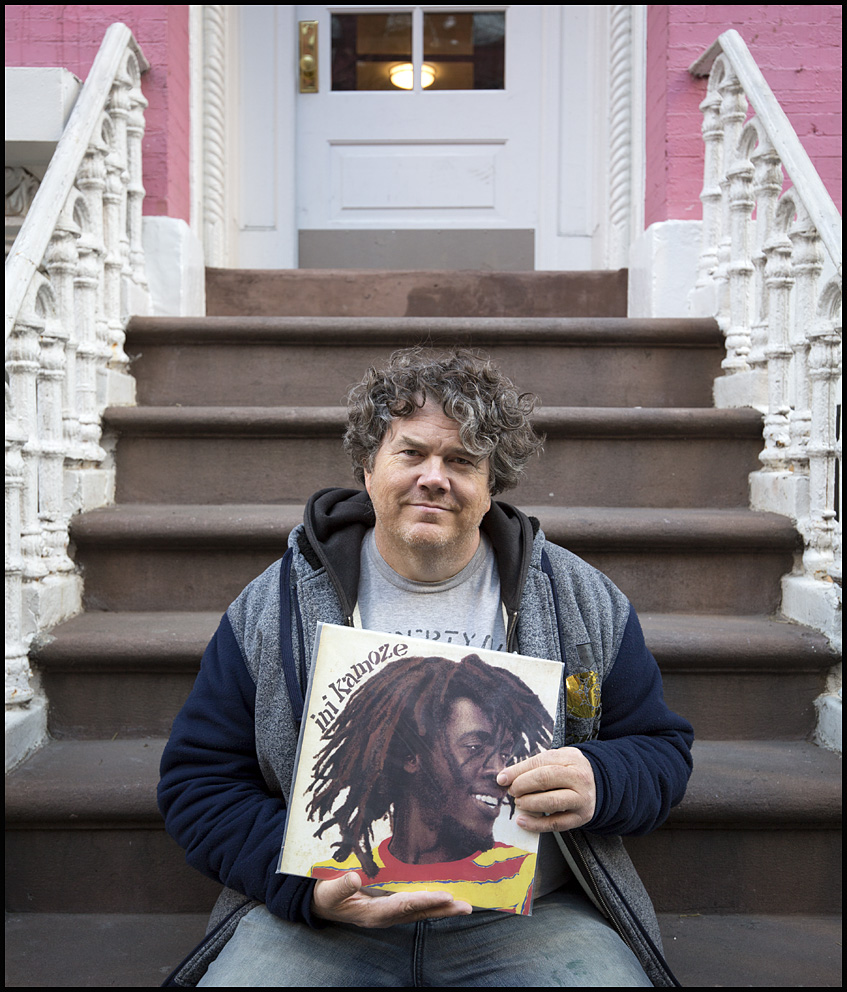 
“Well I chose the album Ini Kimoze which was the artist debut album. He's become quite an important artist over time but this was his first project on Taxi records so it was produced by Sly and Robbie, some of their finest rhythm tracks. And when it first came out I remember buying the record when I was a college student in Chicago spending all my book money on vinyl and I fell in love with the record right away. One of the tracks, well there were two in particular that were quite awesome. First was called “Trouble You A Trouble Me”, which is just a very powerful account of reality in the ghetto and, you know, some of the life that Ini Kinoze as a young Rasta was trying to kind of move away from. In addition there's a record on here called “World-A-Music”, that song was sampled on a record called Welcome to Jamrock by Junior Gong, which became really an anthem in years later in the streets of New York and really all around the world, in Jamaica and elsewhere.

And Damian Marley’s Welcome to Jamrock Reggae Cruise has now become one of the most important forums for live music around the world. And as the publisher of Boomshot media I've actually had the opportunity to work with Damian and the Jamrock team, we're media partners on the cruise we publish a zine every year. On the same boat is (?)So it's been quite an important part of our appreciation of reggae music, you know, that song and what Welcome to Jamrock represents. It means a lot to me and it would not exist without this original recording of Ini Kimoze World of Reggae music. So I was very happy to lay hands on this piece of vinyl for our shoot today and I just want to say Big up Ini Kimoze, Sly and Robbie and of course Junior Gong and the whole Jamrock family.”