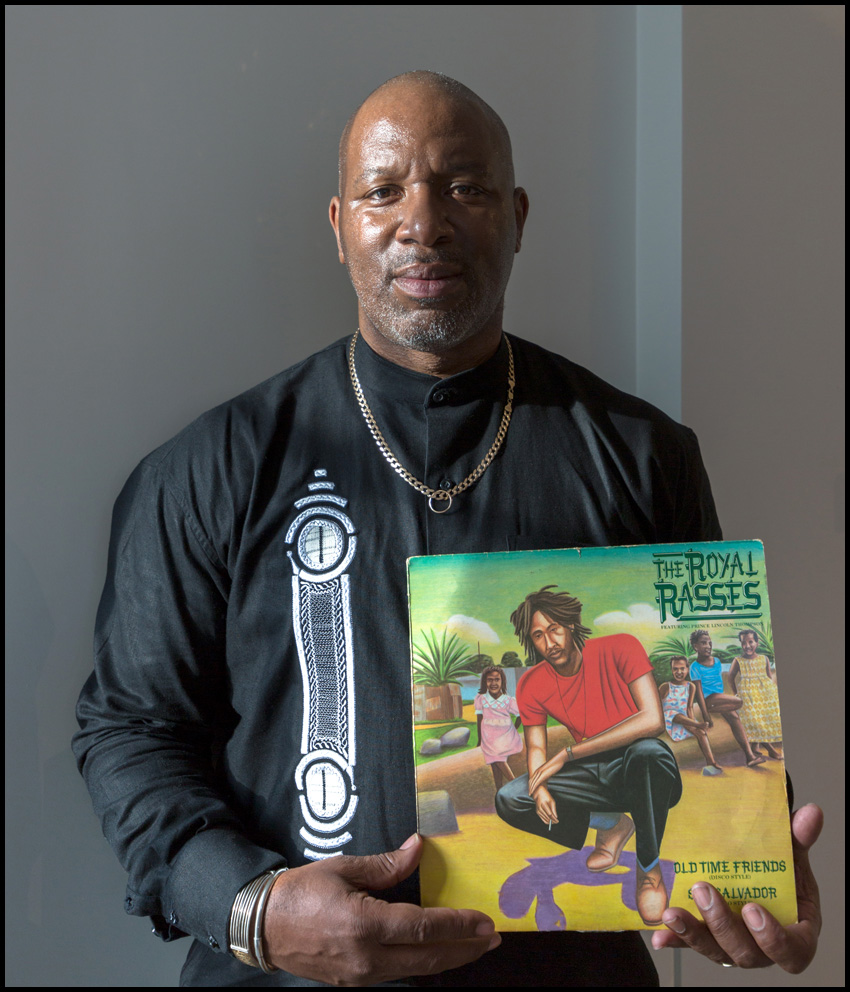 
“This was an almost impossible task because there are so many different records that mean so much and cover different aspects of my life.

And so it meant that at times I felt very isolated and things, and at times I felt I needed to have signifiers of myself around and I used to use the music as part of that. But also I used to use the music to inspire me like “All Time Friends” is really uplifting and it reminds you that you have a community that you’re part of and it reminds me that the community isn’t just the physical community around me but it is the extended family that I have home in the Caribbean, home in Africa and also the ancestors who are with me, who guide me and these are all part of the “All time Friends”.

But “San Salvador” - when he sings about San Salvador it relates very much to the situation in Jamaica. The struggles that people will go through in Jamaica but how as Jamaicans we really live up to the proverb - the saying - ‘you take the smile and the laugh” to cover the fact that you’re hurting at times and to lift you out of that situation to give you hope. Because without hope then we wouldn’t survive, we wouldn’t be able to move forward and we wouldn’t have made the impact that we’ve made on the world through the music, and also through sports, within acting - there’s so many Jamaican’s who have had such a great impact. The fact that we are Africans, we come from a line of Kings and Queens, so when we are belittled by others we have to remember that. The “All Time Friends” that we carry with us, our lineage, our genealogy is coming from greatness as well and so that is what inspires us to move forward and keep being creative and keep giving hope for the next generation.”